The nature of the Church… 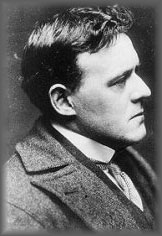 “It is in the nature of the Church to provoke the anger and attack of the world.”

Hilaire Belloc, who made this remark, pointed out that it is not heresy to reject Christianity. Heresies, he correctly observed, leave many or most of Christianity’s doctrines in place while declaring this or that putatively non-essential principle a relic of an age less sophisticated or magnanimous than the contemporary one.