Who Are You, Lord? 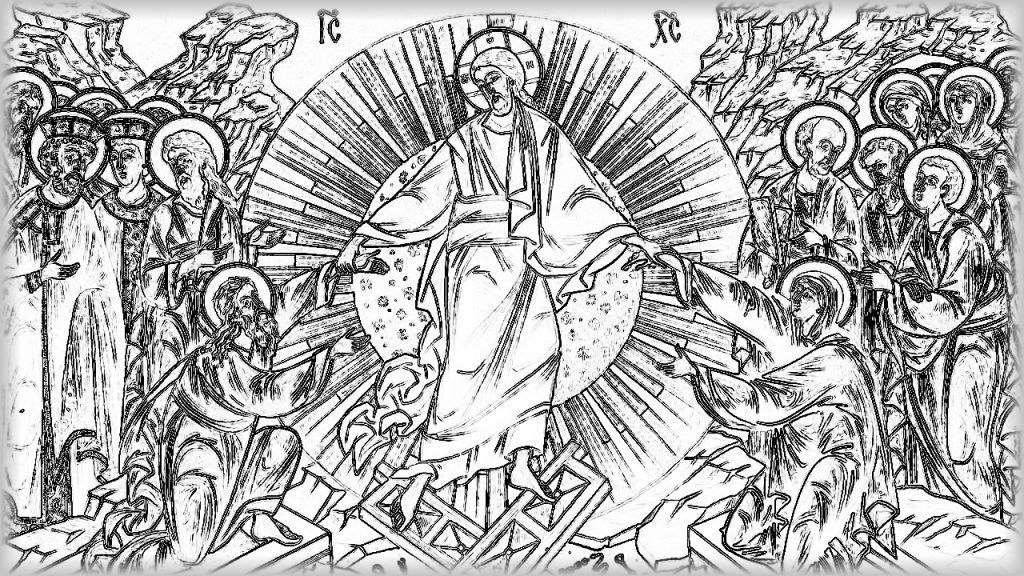 The 40 days of Lent spent walking the dusty byways of Palestine with the disciples and their Lord, witnessing miracles of healing, hearing the Lord’s words, and then following him into Jerusalem on Palm Sunday through crowds shouting ‘hosanna’, coming to the upper room to celebrate a very different kind of Passover – the Lord washing the disciples feet, even the horror of seeing the Lord crucified after he has been betrayed and abandoned by all – this panorama of scenes is familiar in a way that Holy Saturday and the Resurrection of Easter Sunday are not. Prior to his burial in the tomb, all of the Lord’s actions and words were witnessed by those around him. This was the public ministry of Jesus of Nazareth. But sealed in the rock tomb another ministry took place, a cosmic ministry perhaps, beyond the ability of human senses to perceive. Unlike the raising of his friend Lazarus which many saw, no one saw Jesus descend to the realm of the dead or walk out of the tomb. So, in our mind’s eye, the pictures painted by the Gospel writers of the events of the life of Jesus Christ up to his death and burial are available to our imagination. But, as we believe, Christ on Holy Saturday took death captive and on Easter Sunday, once dead but now alive never again to die, took on a life that is beyond anything we can imagine. No longer hindered by physical barriers the risen Lord appears when and where he wills, often not immediately recognized by those closest to him. In John’s gospel when the risen Lord is eating breakfast on the shore of the Sea of Galilee with his disciples, in the third post-resurrection appearance, John writes, “None of the disciples dared ask him, ‘Who are you?’ – knowing it is the Lord“. It is the Lord, but something has changed so that the question lingers, ‘Who are you?’.

Over the 50 days of the Easter season we are invited to reflect on that question.