We Saw His Star In The East

Posted on January 8, 2017 by Randy Coleman-Riese 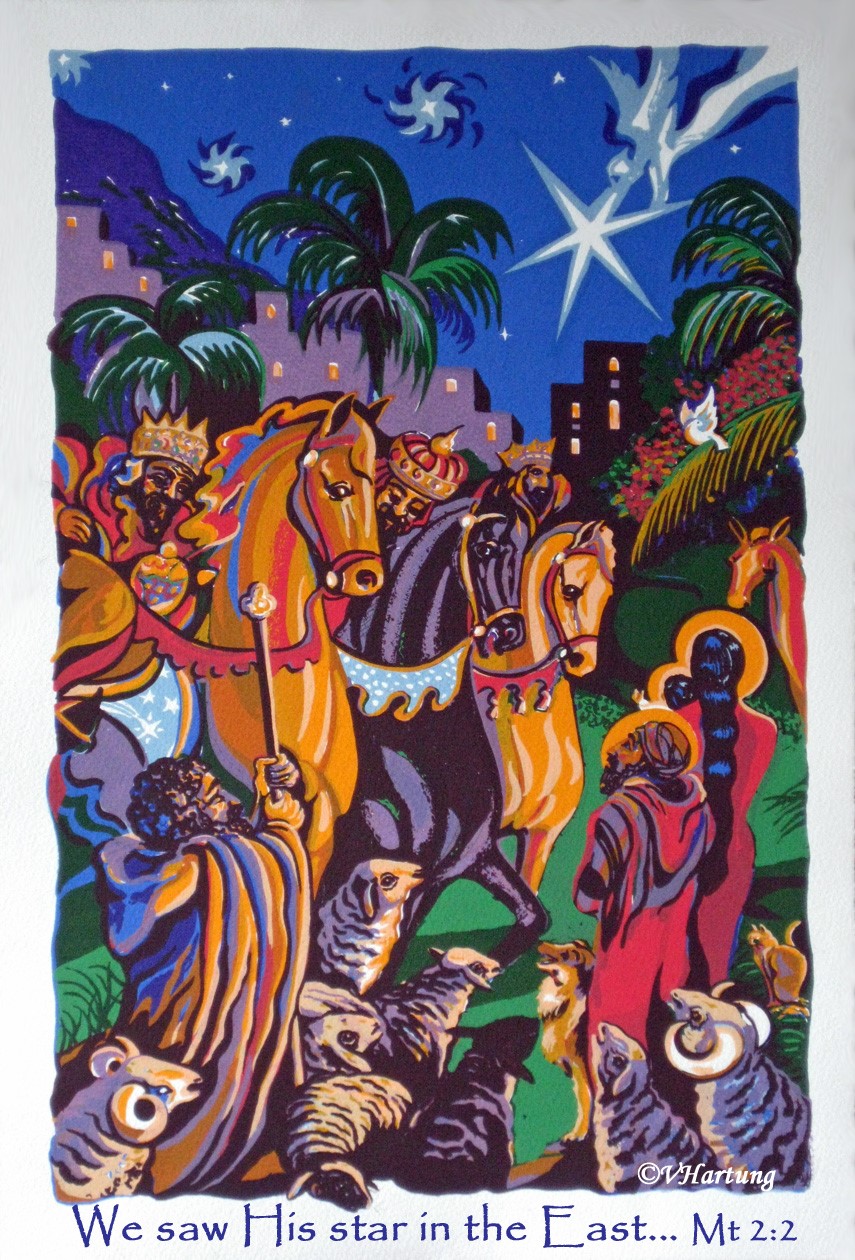 Of all the liturgical feasts in the Church calendar the feast of the Epiphany of the Lord seems to me to most reflect the mission of the Cornerstone Forum. For it is on this day the Church celebrates the light of the Gospel that shines forth from the Incarnation into the world; a world of wise men and mass murderers, of poor shepherds and harried inn keepers. The light that manifests this mystery of God in the form of a human being draws some to seek the source of this light, while others seek to snuff it out. Those who follow the light are enjoined to go into the world and make disciples of everyone. (Our friend Vonn Hartung has created a beautiful serigraphic image (above) of the Wise Men following the Star.) The reflection below was first posted by Gil Bailie on our old blog in January 2006.

In the Lord’s Prayer we pray that “Thy will be done on earth as it is in heaven.” In the highest heaven, the will of God is simply God. But God is not simply God; rather God is Triune God. In heaven, the will of God is pure unobstructed mutual self-donation. This kenotic selflessness is foreign here on earth, where we fallen and sinful and mortal and willful creatures live. We are deformed by sin and self-regard, by fear. The will of God was done on earth once however; and it was done the only way it could have been: by God, by the Incarnation, by a human manifestation of Trinitiarian self-gift. Christ, “though he was in the form of God,” lived in humble submission to His Father’s will; but He did that preicsely because that’s how the Trinitarian God lives; that’s how we who are made in God’s image are meant to live; that’s what will actually make us happy, however cruciform our happiness might necessarily be.

In Christ the form of God took on human form, and Christians are instructed to con-form to this Christological form. The Epiphany is to continue with Christians themselves, with all our faults and failings, manifesting as best we can some clumsy Christological hint of the mystery of a God-centered life, the Life that is Trinitarian in heaven and Christological here on earth.